A Parents Guide to High School Track and Field in Florida

Congratulations your child has chosen to participate in one of the most grueling and rewarding sports on the planet. Track and field is also one of the oldest sports in the world. According to Wikipedia, cave paintings from over 15,000 years ago depicted what might be the world’s first sprinters. Moving forward in time to the first Olympics, athletes competed in a 192-meter straight-line sprint called the stade. Many of the best track and field athletes get their start at an early age competing in AAU or USATF competition. Some go on to compete in college and the pros while others simply participate as a way to pass the time.

In Florida, high school athletes typically compete for their high school team. The high schools operate under the jurisdiction of the Florida High School Athletics Association. (FHSAA for short) For the purpose of track and field the FHSAAseparates schools into 4 classifications based on their student body population. The classifications are 1A, 2A, 3A, and 4A with 1A having the smallest population and 4A having the largest.

The regular season typically consists of dual meets, relays, and invitationals. These races are not exclusive to classifications and take place all over the state of Florida.

Dual Meets – These are smaller meets between two teams. They tend to serve as great races where young athletes and junior varsity competitors can gain experience.

Relays – These meets tend to focus more on the team aspect of track and field. They tend to include a lot of non-standard races such as the 4×200 meters, the 4×1600 meters, the sprint medley relay, the distance medley relay, and the shuttle hurdle relay. The two biggest Relay events in the state are the Florida Relays held by UF in Gainesville and the FSU Relays held by Florida State in Tallahassee.

Invitationals – Invitationals are meets that usually have higher levels of competition as the competitors are either invited by the race director or have hit a qualifying mark in order to compete.

The post-season consists of classification specific races where athletes must compete and qualify to move from one race to the next. These races are Districts, Regionals, and State. For the most up to date explanation of how one qualifies we recommend visiting the FHSAA web site.

Districts to Regionals – The top 4 marks in each district event automatically qualify for the regional meet.

Regionals to State – The top 4 marks in each regional event automatically qualify for the State Meet. The next 8 best non-qualifying marks across all regionals also qualify for the state championships.

State Awards – The top 8 placers in each event receive a medal at the state meet. The top two teams by points receive trophies.

Scoring – Scoring is usually determined by the number of teams participating in the meet. For the purpose of the state meet below is the scoring matrix. The scores in each event are added up to make a team score. The team with the highest point total is then crowned State Champions.

The 100-meter dash is the shortest race that takes place at the Florida High School Track and Field State Championships. It is a 100-meter straight sprint in which competitors usually start in blocks and then sprint the whole race in their lane. Florida high school athletes tend to be the best in the country in the shorter sprint races.

The Florida state record in the girls 100-meter dash is 10.94 run by Brianna Williams in 2019 at the JAAA/SVL National Senior & Junior Championships

The Florida state record in the boys 200-meter dash is 20.33 run by Erriyon Knighton in 2020 at the AAU Junior Olympics Games

The Florida state record in the girl’s 200-meter dash is 20.48 run by Tamari Davis in 2018 at the FHSAA Outdoor State Finals. Tamari Davis signed a contract with Adidas to run professionally just a few weeks shy of her 17th birthday! 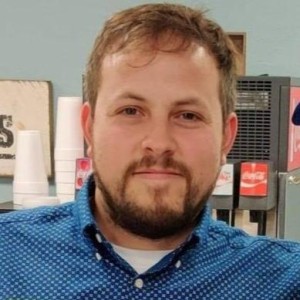 Thanks For Your Interest

No spam, notifications only about new products, updates.
NextHat Drawing Number 1Next

Get Your Weekly Running Dose

Subscribe to Run Florida Run and receive notifications on news from around the state.